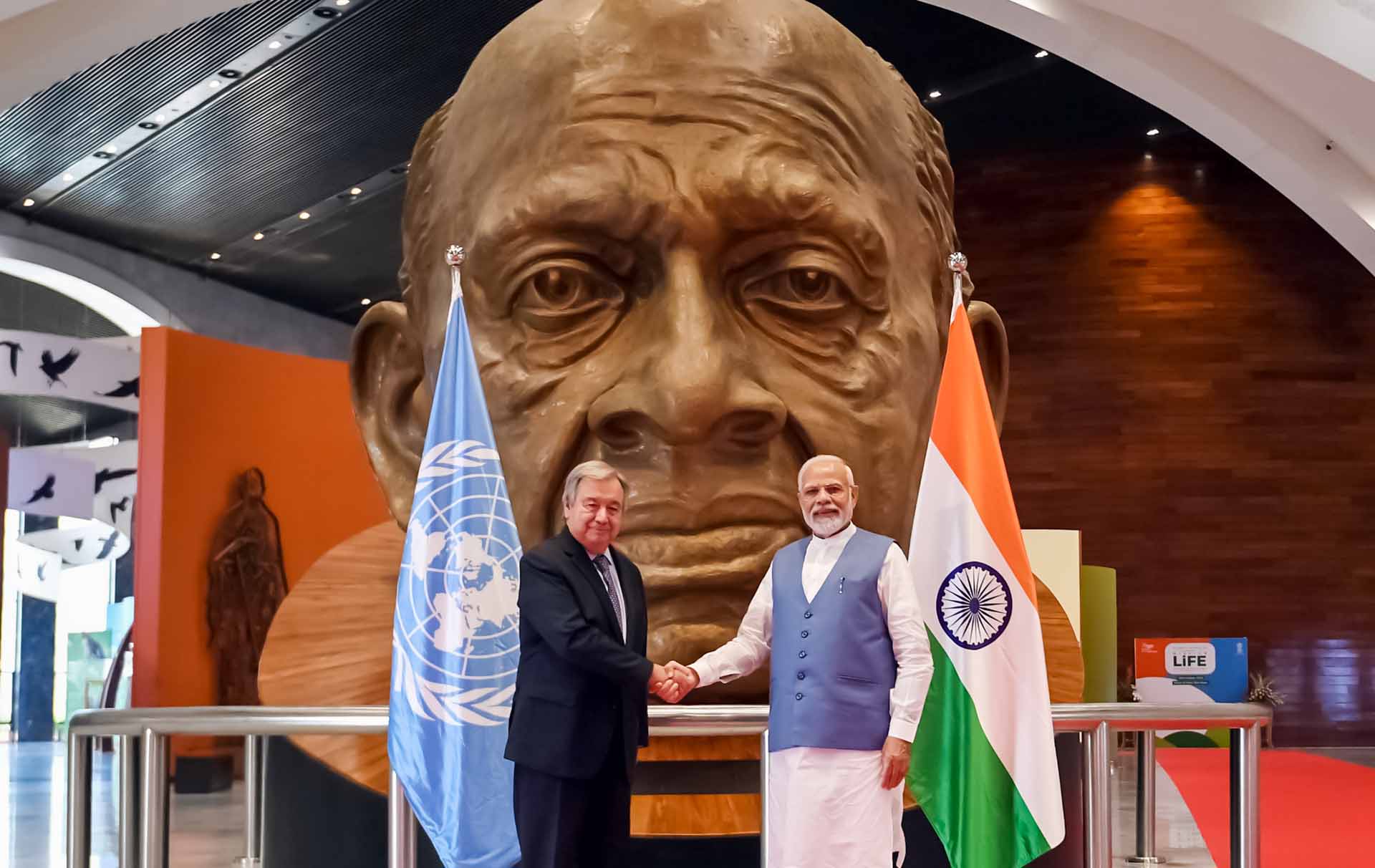 Guterres, who is in India for a three-day trip, arrived yesterday in Gujarat. At Kevadiya today, he attended the 10th Heads of Missions Conference and visited the 24×7 Solar Powered Village Modhera and the world-famous Sun Temple at Modhera in Mahesana. Locals in Modhera had the opportunity to interact with the UN Secretary-General.

It is the first time Guterres has visited India since he began his second term. At the Taj Mahal Palace Hotel in Mumbai yesterday, he paid tribute to the victims of the 26/11 terror attacks. The UN-India Partnership: Strengthening South-South Cooperation was the subject of his address at IIT Mumbai.

As more rain is forecast for Australia, the flood crisis is expected to worsen

US slaps terrorism sanctions on two companies and accountants in Lebanon

UN chief says innovation is key to a fairer world for people...

Messi sets up an Argentine-Dutch match-up in the quarterfinals